Sten was born in the village of Esarp, Skåne, in the south of Sweden in 1950, where his parents were farmers. He never lost touch with his roots; a trace of an accent from his childhood in his spoken Swedish remained, as did his support of MFF, his local football team.
He moved north in 1970, starting his pharmacy studies in Stockholm before the department moved to the university in Uppsala, where he obtained an MSci in pharmacy in 1974, staying in the city for the rest of his life. Sten was a popular member of his student group; they decided to keep in contact, holding an annual reunion for nearly 50 years, with Sten present at most of them.
After his master’s, Sten began preparing for a toxicology doctorate. However, he never completed it; when the opportunity arose in 1978 to join a newly created centre for international drug monitoring to manage the WHO database of adverse event reports he leapt at the chance. Sten was the first employee (swiftly joined by Cecilia Biriell, then Marie Lindquist) but the road to operational responsibility for the WHO Programme for International Drug Monitoring at its fledgling Collaborating Centre in Uppsala was not easy; as he explained in Making Medicines Safer, the UMC’s 40th anniversary book: “There was a big gulf between our ambitions at UMC and the expectation that we would simply continue to manage and maintain the system. We wanted to continue developing and take things much further” – a philosophy the centre and he pursued from then on. The small team soon started breaking out from just collating the ADR reports, and from the mid-1980s, with colleagues from the Netherlands convinced that the database was not fully utilised, became involved in analysing signals. Sten was author of one of the first UMC signals to be published, in the BMJ. 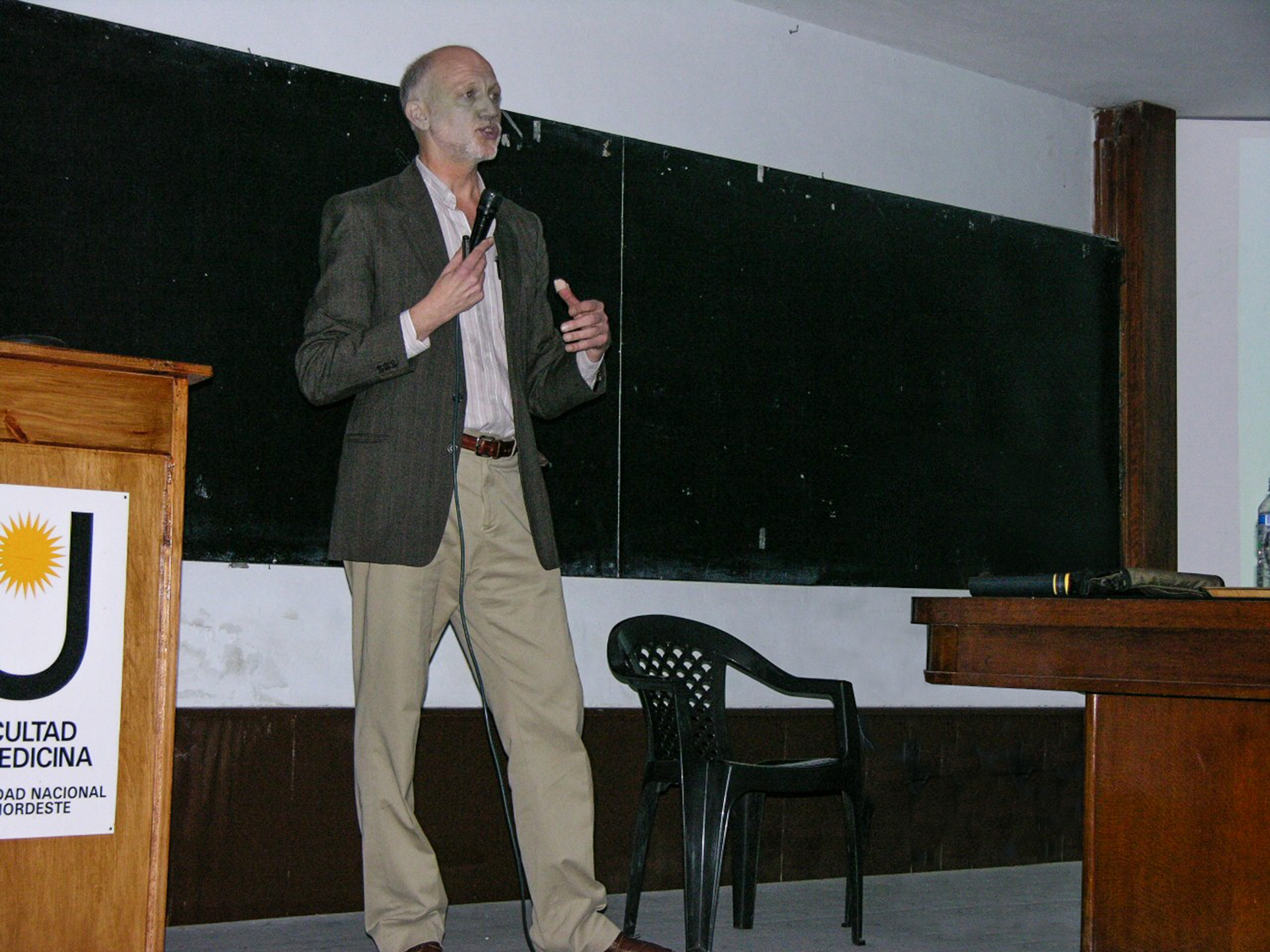 He was a vital presence... ever ready to listen, give advice, make introductions or connections, share his knowledge and experience

Sten’s professional story is in many ways that of the centre where he spent his entire working life (almost 40 years, apart from a secondment from 1989 to 1990 as a pharmaceutical adviser to the Ministry of Health in Hanoi, Vietnam) that was recounted in Making Medicines Safer.
Summarising the achievements of someone at the centre of international developments in patient safety for four decades could be overwhelming; all the training, courses and conferences in every corner of the globe, the publications, guides, and working groups to which he contributed could fill Uppsala Reports. However, Sten’s influence went further than lines on a CV; using his knowledge and experience he instilled self-confidence and enthusiasm – particularly in those starting out, and accordingly in the wider development of the practice of pharmacovigilance.
The 1990s saw UMC staff travelling around the world to talk about patient safety. These visits were often undertaken by Sten, whose calm and warm advocacy was hugely appreciated. This activity partly led in 1993 to the start of UMC’s training courses which he ran, and a steady increase in WHO programme membership of countries with less well-established systems for monitoring medicines. Sten played a major role in initiating and developing interest in low- and middle-income countries, allowing the global programme and database to expand beyond its original core of countries. Many of those who attended the first training courses were working in or went on to long careers in pharmacovigilance, and the courses remain as part of his legacy. “People come together, learn from each other and become friends for life” was how Ralph Edwards described the UMC courses, and this fits perfectly with Sten’s approach.
Sten continued to travel widely for a quarter of a century to advocate, support, advise and push the initiation or improvement of pharmacovigilance systems. He kept a mental tally of all the countries he had visited; he was often there at the beginning, planting seeds, even if sometimes they took time to germinate. He was also a prolific amateur photographer on his travels.
Mariano Madurga of the Spanish Medicines Agency paid tribute to Sten’s support for the development of pharmacovigilance in Spain in the 1990s, and their collaborative efforts to bring medicines safety to many parts of Latin America from 2000.
He was a vital presence at the annual meetings of national centres of the WHO programme, from the first in Uppsala in 1979 right through to the last ones in Geneva and Bogota, ever ready to listen, give advice, make introductions or connections, share his knowledge and experience – while also happy to join in the convivial side of things. 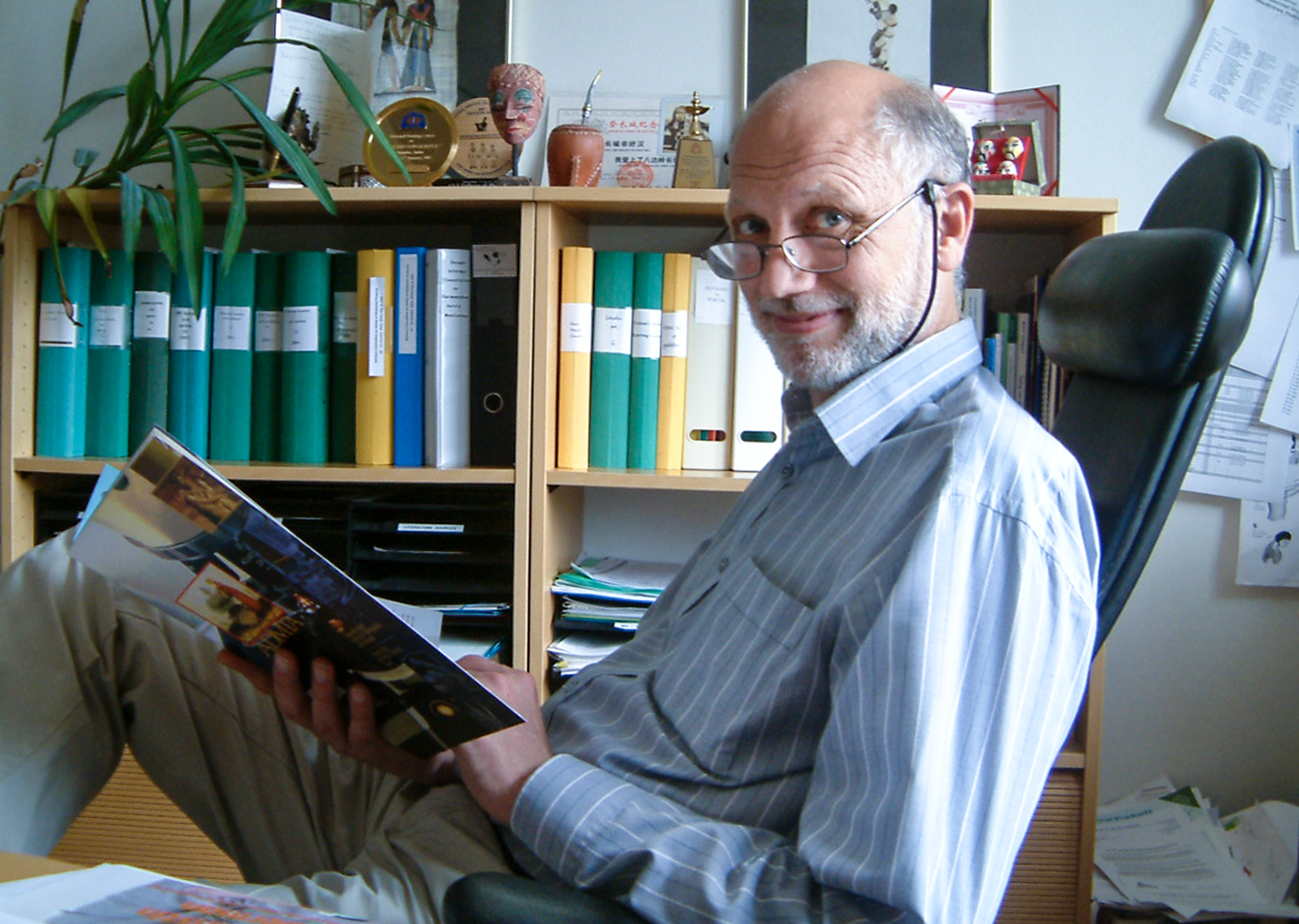 His achievements were not only technical or formal through meetings and publications. Many messages from those who knew him speak of his kindness, warmth, and enthusiasm

Sten was always a keen advocate of the holistic approach to pharmacovigilance. A message to ISoP members in 2019 reiterated his arguments “....if we fail to fully engage healthcare providers and healthcare professionals, public health programmes, marketing authorisation holders, academic institutions and civil society with its organisations and individual patients, then regulatory authorities will not be able to make well-founded, evidence-based decisions for the protection of their citizens from medicine-related harm. Having a regulatory agency equipped according to good pharmacovigilance practices is just not good enough. Stakeholder engagement, coordination and interoperability of data streams from the different stakeholders are key success factors for the development of pharmacovigilance.”
He edited Uppsala Reports for 20 years, which he guided to become a 24-page quarterly magazine; there and elsewhere Sten wrote warmly of colleagues, particularly those overlooked, or not in the limelight. Remembering him on social media, Marie Lindquist described him as a “a teacher, mentor and a caring father figure to newcomers”. He was always generous towards his peers. “Whatever I have done, I have done together with a lot of other people,” he wrote looking back at his work in Uppsala Reports 75. “That’s the important thing that we’ve had here in Uppsala – we’ve had a team that has worked very well together, and we’ve all had different personalities complementing each other.”
For 10 years from 2006, Sten was president of the Swedish charity Pharmacists Without Borders, offering his commitment, in his spare time, to an organisation fully after his own heart. Partly in parallel, he played a key role in other projects such as Monitoring Medicines and PROFORMA, helping to accelerate the development of new and improved treatments for poverty-related infectious diseases in sub-Saharan Africa. Sten underlined the importance to him of projects such as these, as well as the situation-analysis initiatives he undertook to support new safety systems in low-income countries. He was especially proud of working to get China and India into the WHO programme in the late 1990s. His stint as President of ISoP from 2016 to 2019 seemed to be a natural culmination of his passionate internationalism.
Perhaps the best tribute that can be paid to Sten is to follow the approach he took to his work. His achievements were not only technical or formal through meetings and publications. Many messages from those who knew him speak of his kindness, warmth, and enthusiasm. His support for better harmonisation and technical enhancement to improve patient safety never dimmed his personal approach where friendship, teamwork, inspiring others, and good communication were essential elements in strengthening the global pharmacovigilance family.
Sten finished his long career only in November 2021, when he chaired the scientific programme of the ISoP conference in Oman. He was looking forward to spending time with his three sons, their families and his two grandchildren. Until his final illness, he was busy and active, cycling around in Uppsala, boating, ice skating, attending social reunions and family get-togethers, watching films with friends, and still an avid armchair football spectator.
Perhaps no one had more of an international influence on the progress of medicines safety as him, and in a way that forged friendships as well as safety systems for patients.

With thanks to Cecilia Biriell for her help in preparing this article, and to others whose messages after Sten’s death form part of it, even if not quoted directly.

Risks are not just numbers, but feelings. So how do you communicate risks accurately in a way that patients can interpret them? You give them facts, context, and trust.

By putting the patient front and centre, UMC is helping countries in the WHO Programme for International Drug Monitoring to promote the safer use of medicines globally.

If you have a spare couple of minutes, your input can help UMC continue to improve our pharmacovigilance communication methods.